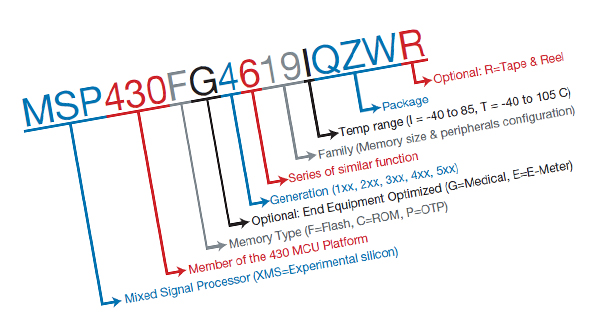 There are zealots on both sides of the issue concerning significance in part numbers. Most product manufacturing enterprises, at one time or another have this controversy. Every new start up has this issue. The issue permeates the operation. It crosses all functional lines. Some say that significance (smart number) is the only way to go. Others say that non-significance (dumb number) is the only way to go. In this writer’s opinion, either extreme is generally wrong. A generalization for items from the top level to the bottom level of your structure cannot be made to stand the test of logic. Also any discussion of part number design without inclusion of interchangeability consideration is ludicrous.

While believing in minimum significance, this writer would submit that at the top level – your product level – the smart number might make very good sense for products with few features and options. Consider the company wherein the salesman structures a smart number from a catalog when determining what features and options the customer wishes (catalog configured). Should we take the order by catalog number and have Order Entry convert it into a factory part number? Won’t the conversion inject a possibility of error into the process? When the conversion error occurs (and it will), the customer will receive something different than they wanted – an intolerable situation. In this circumstance why not use the configured catalog number as the top level / end item number in the system. If maintaining a catalog works for you, look seriously at using that smart catalog number as your end item number. The same logic might apply to other “configurable assemblies” within the product that are separate line items on your sales order.

If your catalog is too difficult to maintain because of numerous / added / changing features, then a minimum significant number for the top level (and configurable assemblies) would be in order. A modular bill of material or configurator module at the top level could be the answer.

Before exploring lower level items let’s ask ourselves “why significance at all?” The temptation to use a significant part number is high. The significant part number helps us to find similar parts. If we don’t have significance in the part number, how do we search to find similar parts? How do we avoid reinventing the wheel? How do we find a temporary substitute for a part shortage? How do we know which parts might be manufactured in a single cell? Or perhaps your history has produced several part numbers for interchangeable items (17 at one company) and you want to standardize.

A group technology or class code system (smart numbers) outside the part number is sometimes the answer. With the power of computer word searches, an intelligent description field or “naming convention” (another form of class coding) might be the answer. With the advent of low cost computing, it is probably better to set up a database with a separate field for each characteristic that might have otherwise been put into a significant part number. Then searches can easily be done on those fields. If you are a new company, or if your smart number has broken down, or you are merging several operations into one, a good rule to follow would be:

The next question that should be addressed is whether or not a separate drawing or document number is required. Many companies have established (legacy) systems with separate numbers on parts and documents. This requires cross-references to manage to navigate from one to the other. If you have this system and it works for you, don’t change it. Again however, if you are a new company, your smart number has broken down or you are merging several operations into one and seeking a single part numbering system a good rule to follow would be:

This also tends to tear down that wall that often develops between engineering and manufacturing. They both would use the same number – what a simple but powerful communication bridge! Face it, embedding the document number in the part number is a form of significance even when it is a serial / dumb number.

Last but not least the question must be asked; “what if we change an item non-interchangeably after release?” The part number should change. Ever since Eli Whitney, non-interchangeable changes meant a different part number (in one or more characters). Some operations say “We don’t change part numbers – only document revisions!” This is a very expensive policy. It works fine when the product is young and most changes are required to meet specifications. But what about the mature product wherein most changes are made to reduce cost? You certainly don’t want to retrofit cost reductions, so we better find the best way to accomplish part number changes.

Think of all those folks that memorize part numbers – and there are lots of them. Are we going to ask them to rip the old number out of their memory and insert a completely new one? The answer is to attach a “tab” or “dash” number on the part / document number. One or two digits should do most operations quite nicely. These digits can also serve to document similar items on the same document – a basic form of class coding. Thus on a non-interchangeable change the number would change from “01” to “02” and a new document is not needed. It also allows the document revision level to be set aside for document only and interchangeable changes.

This writer would submit that a part number without a dash is like a ship without a rudder! Thus the “ideal part number” would be a format as follows: YYYYYZZ Where “Y” is a sequential (dumb) document number and where “Z” is a dash / tab number (“smart”) – all numeric. Together they make up a part number. Thus another rule:

If a company has a couple digits of class code in their current part number it might be serving them quite well and thus shouldn’t be tampered with. If you have a class code prefix of a couple of digits of alpha or numeric it would be acceptable to keep it, especially if that allows you to “sell” the new number format. Thus the number would be: XXYYYYYZZ where “X” is the legacy class code.
Thus the ideal part number is significant by virtue of embedding the document number and having a tab suffix. As stated before, the significant part number may have proper use at the top level in some companies. It is therefore this writer’s opinion that a wise part numbering system may not be either totally significant or totally non-significant but have “minimum significance”.